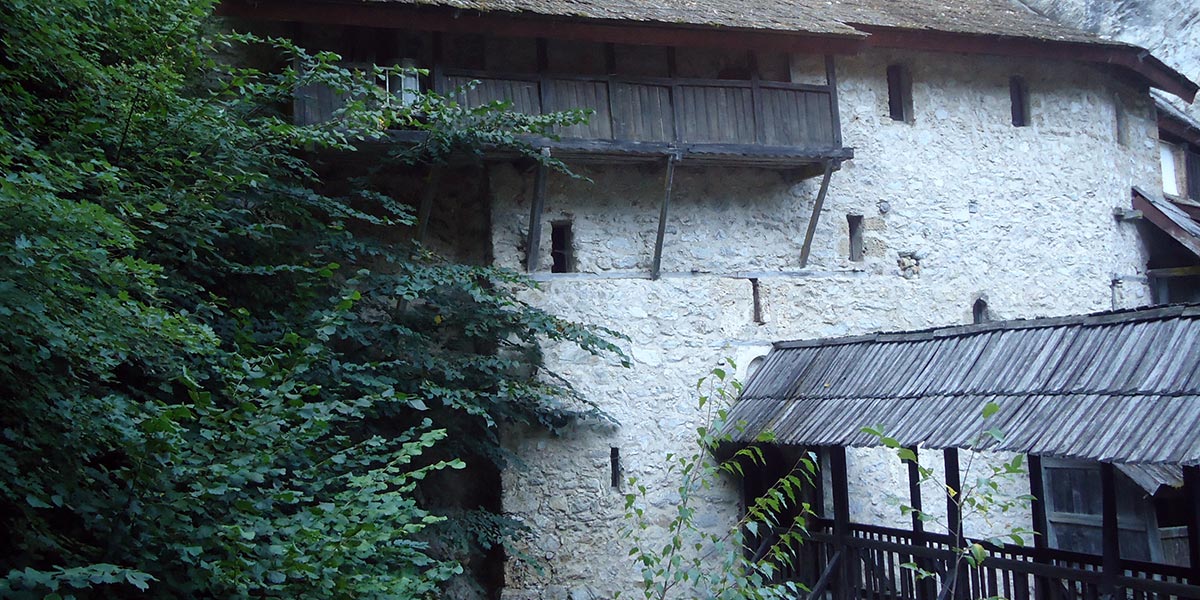 Arrival at Nikola Tesla Airport in Belgrade. Meeting with your tour guide and transfer to 4* hotel in the city center. After check in and some time for the refreshment, we will start our sightseeing tour of the city. Belgrade is one of the oldest cities in Europe and has since ancient times been an important crossing of the ways where the roads of eastern and western Europe meet. The city lies on two international waterways, at the confluence of the Sava and Danube rivers, which surround it on three sides. On foot we will visit the biggest park in Belgrade – Kalemegdan park and the Kalemegdan fortress. Gorgeous view from the lookout at the confluence of the Sava and Danube and Novi Beograd is an excellent place for photographing. Here we will visit The Chapel of Saint Petka and the Church of the Holly Mother of God. The Chapel of Saint Petka is named after the most popular female saint among Serbian woman, built next to the „miraculous“ spring and monastery, which appears in every place dedivated to this saint. Next to the chapel stands the unique and beautiful Church of the Holly Mother of God, better known as Ružica (Little Rose).

We continue walking to the old city of Belgrade (pedestrian zone) and Knez Mihailova Street all the way to Republic square up next to the National Museum and Theatre. Free time to explore the streets and to enjoy the city vibes. Our gourmet evening will be organized in most beautiful, bohemian part of Belgrade, called Skadarlija. This part of town will take you back few hundred years in past. Fantastic food, best wines and tambourine music will fulfill your experience. Return to the hotel, overnight.

After the breakfast at the hotel, we take a drive by bus to visit Rakovica Monastery, with the church dedicated to the Holy Archangels Michael and Gabriel, was built between 1377 and 1385, during the reign of Prince Lazar Hrebeljanovic. After we will visit the The Princess Ljubica’s Palace, one of few buildings surviving from the first reign of Prince Miloš Obrenović. The Residence was intended as a luxurious court of the Serbian ruling dynasty, i.e. the Obrenovićs. However, as it was located in the immediate vicinity of the Ottoman Turks, Prince Miloš stayed there only occasionally. were collected by Saint Sava, founder of the independent Serbian Orthodox church. In the permanent exhibition of the Museum of the Serbian Orthodox Church in the Patriarchy’s building, objects of invaluable religious, cultural and artistic values are displayed that show the history of the Serbian Orthodox Church, from Stefan Nemanja and Saint Sava until the new days.

In the evening, we will enjoy in river cruise with a nice dinner. Back to the hotel. Overnight.

Early breakfast at the hotel. First stop to visit Bogovadja Monastery, which has been renovated several times in history, the original monastery dating back to the 15th century, founded by Serbian Despot Stefan Lazarević. In 1805 Bogovadja was centre of the Governing Council (Praviteljstvujušči sovjet) and in monastery complex was an old residential building where the Council had meetings. Arrive in Valjevo, rare city with two city quarters, of which one keeps the spirit of Orient, and the other of the 19th century Europe, all the while their authenticity serves as an ambient for many cultural events.

The last monastery to visit for today is Celije Monastery, situated on the glade above the Gradac river near Valjevo. As the endowment of King Dragutin Nemanjić, Ćelije Monastery was built in the 13th century and reconstructed in the 18th century. Celije Monastery church is dedicated to Saint Archangels Michael and Gabriel.

We head on our way to Valjevo city, one of the oldest settlements in Serbia. It was formed at the junction of ancient roads and more than six hundred years ago there was a gathering place for travelers and traders. Valjevo is known as a city where you can find one of the best Serbian museums, but also as a city that lies on the banks of four rivers, of which one is Gradac, the cleanest river in Europe. Check in at 3* hotel in the heart of the city. Dinner in a traditional restaurant. Overnight.

After the breakfast, we will take a sightseeing tour of the city and visit Valjevo’s National Museum. Continue to Monastery Pustinja (English „desert“), founded in the 13th century during the reign of the Serbian King Dragutin and is dedicated to the Virgin Entrance to the Temple. Monastery Pustinja is somehow hidden from view to anyone driving in Serbia’s western mountains and barely signposted, it is as close to the definition of “sanctuary” as you can find.

Stop in Kraljevo city for a lunch in a nice traditional restaurant. Head to the one of the most beautiful monasteries in Serbia – Žiča. The eastern part of Žiča Monastery has been built in the Raška – Rascian architectural style, before Saint Sava decision to become his seat and the see of the independent Serbian Orthodox Church. Žiča Monastery was painted bright red by the order of Saint Sava to testify that the shrine is built on the blood of Serbian martyrs. Impressive frescoes of Žiča Monastery date from the 13th and 14th century and still attract interest thank to their great artistic quality, although seriously damaged through the history. The most prominent fresco of Žiča Monastery is the composition “Dormition of Our Lady”.

Arrival at Studenica Monastery, which considered one of the biggest treasures of the Serbian Orthodox Church, say that its uniqueness is owned to the combination of Ras and Byzantine styles, white marble and beautiful frescoes among which the oldest ones date back to the 12th century. Studenica monastery has been treasuring some of the most beautiful medieval Serbian frescoes for over eight centuries. Accommodation in the monastery lodgings and dinner. Overnight.

Early breakfast and the visit of monastery treasury and its belongings. Drive to Gradac monastery, situated in Stara Raška region, on the wooded and secluded slopes of Golija Mountain. It is the endowment of Queen Jelena Anzujska /Queen Helen of Anjou/, and its church is dedicated to the Presentation of the Holy Virgin. Stop at Raška for a lunch in an amazing etnho restaurant.

Continue to Djurdjevi stupovi monastery, (eng. The Tracts of Saint George), one of the oldest Serbian monasteries, was built in the late 12th century and dedicated to St. George, is nowadays protected by the UNESCO. The monastery represents the synthesis of two medieval architectural styles – the Byzantine architecture from the East and Romanesque architecture from the West.

The third monastery for today is Sopoćani monastery , the Medieval Monastery of Serbia set in deep seclusion. The frescoes in the monastery are a true masterpiece of art that have brought international fame to the Sopoćani monastery. Today this is one of the most important cultural monuments that was included in the UNESCO World Heritage List in 1979.

The last one for today, is  Crna Reka Monastery, a hermitage in the midst of the south Serbian mountains situated in the gorge of the Black River. It dates from 13th century when a small church dedicated to the Holy Archangel Michael was built in a big cave. The greatest treasure of the monastery are the holy and incorruptible relics of St. Peter of Korisha, a famous Serbian ascetic from the 13th century. Even today numerous pilgrims come to the monastery to seek healing and spiritual consolation from this great miracle-worker. Overnight in 3* hotel in Kosovska Mitrovica.

Early breakfast and heading to Gracanica Monastery. The monastery is located in the central part of Kosovo, on the eastern edge of the Kosovo valley represents a masterpiece of the late Byzantine architecture, captivating the onlooker with its unity of structural and decorative elements.

Followed by the visit Pecka Patrijarsija Monastery, the complex of the Pec churches is the spiritual seat and mausoleum of Serbian archbishops and patriarchs. An entire history of the styles of medieval wall painting can be seen on the walls of the Pec churches. Lunch in a restaurant in Pec. Women from the group will be left in this monastery where they will have an acoommodation.

The last one to visit for today is Visoki Decani Monastery, settled in the picturesque valley of the Bistrica river surrounded by the mountains and forests of the Prokletije mountain range It is the largest and best preserved medieval monastery in Serbia. During its turbulent history the Monastery was an importantspiritual centre with developed artistic and intellectual activities. Men will have an overnigh in the monastery lodgings.

The bus will take women from the group to Decani Monastery. Time fotr them to visit this beautiful place and after that we drive to Stari Ras, the unique architectural complex formed by numerous structures in Stari Ras (Old Ras), situated at a crossroads of eastern and western influences,testifies to the period from 12th to the early 14th centuries when the ancient town was the first capital of the Serbian state.

Continue to Novi Pazar, and after the lunch in a nice restaurant, we will visit the Church of Saint Peter. The last one to visit is Mileseva Monastery.

On its eight centuries old walls, the seat of diocese of Serbian Orthodox Church, Milieševa Monastery safeguards some of the most valuable and most beautiful frescoes that were ever painted in Serbia. Even though the frescoes were painted in the Byzantine style, in which innovations were not allowed, the artists who painted them managed to bring life to them. By doing so they created unique pieces of art of unfading beauty, which will in the future make Mileševa and the famous “White Angel” known worldwide. Overnight in the monastery lodgings.

This morning we will experience the outstanding beauty of the Special Nature Reserve where the river Uvac weaves in spirals through rugged limestone cliffs and wild woodland, famed as the habitat of the rare eagle and griffin-vulture bird species. Enjoy the amazing view point in Uvac, the most photographed place in Serbia. Our excursion includes a short scenic boat trip exploring the river and entrance to the stunning caves with its 7 km long underground network of amazing stalactite and stalagmite formations.

Departure to Sirogojno, an open museum – ethno village. The old and almost forgotten techniques of making objects of wood, metal, clay, etc are presented with revival of the old crafts. Through workshops, the Museum presents three male production crafts (coppersmith, blacksmith and pottery) and visitors have the opportunity to become familiar with the complete process of making traditional handicraft products. Lunch- you will be amazed by old, traditional, delicious specialties prepared and served in authentic dished. Afternoon arrival in Zlatibor. Check in at the hotel. Overnight.

Early departure from Zlatibor. On our way through the Ovčar Kablar Gorge, we reach the well-known monasteries and churches of the 13th and 17th centuries in the valley of the western Morava. On the left side of the valley, we visit the sacred buildings of Blagovestje (Nikolje, Uspenje and Sv. Jovanje (John). On the right side of the river there are the two churches Sv. Trojica (Holy Trinity) and Sretenje (meeting of the Lord). Which we will stop to visit.

Visit Blagovestenje Monastery, temple dedicated to the Annunciation. The monastery church was built in the XIV century, during the time of Prince Lazar at the time when he won the mountain from Nicholas Altomanovic, and when western border of their country was established. Patron of the monastery was unknown nobleman.

Continue to Oplenac, in the heart od Serbia, Šumadija part, where we will visit the Mausoleum of the Karađorđe Royal family, with copies of the medieval frescoes of more than 70 monasteries. Wine tasting in an amazing Royal Wine House. Late lunch a a nice ethno restaurant in a beautiful nature surroundings. Drive to Belgrade. Evening check in at 4* hotel.

Early breakfast or lunch packages. Transfer to airport Nikola Tesla, Belgrade around 06.00am.

*END OF THE PROGRAM*