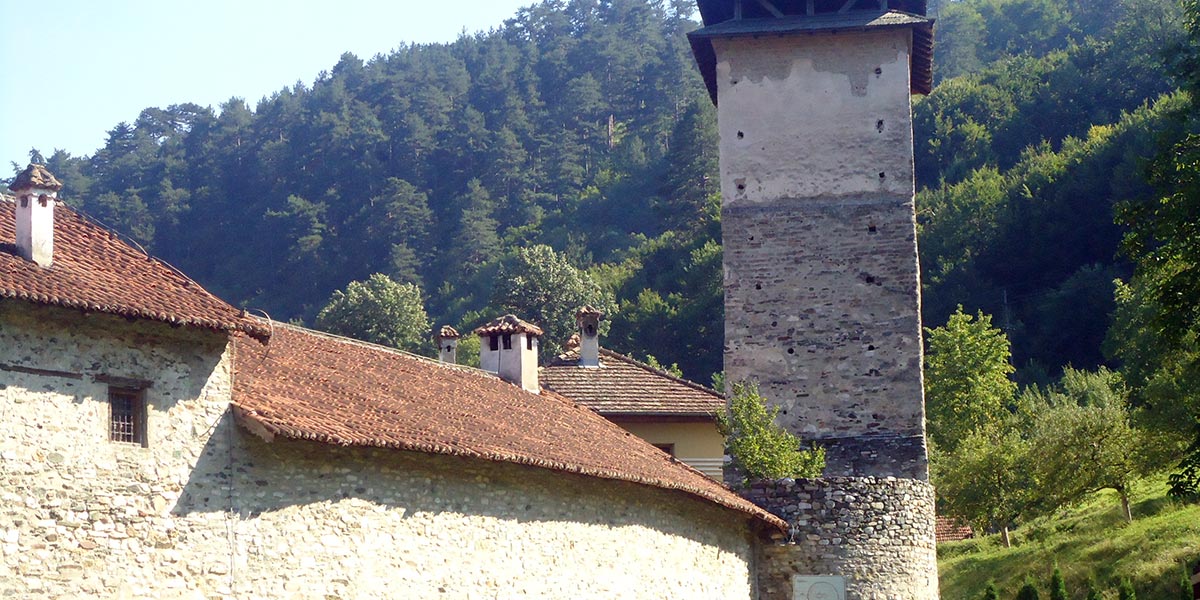 Arrival to Belgrade, Serbia airport afternoon – passport & customs control. Transfer from airport BEG to the hotel. Upon arrival walking sightseeing tour of the city. Dinner and night cruise along the river. Back to the hotel. Overnight.

Hotel – breakfast – 07.00 – 08.00. Departure by bus to Topola. Topola was the political and administrative seat of Serbia during the First Uprising, here we’ll see the Mausoleum Serbian Royal Family, church of St. George the charitable foundation of King Peter I Karadjordjevic, where there is also a family crypt of Serbian Royal family Karadjordjevic, filled with beautiful mosaic frescoes from Serbian monasteries. We’ll visit on of the famous King’s Cellar and Royal Vineyard, Drive via Rudnik with stop on cheese pie and cream (kajmak) and  through beautiful Ovcar-Kablar Gorge, known as the Serbian Holy Mountain with ten working monasteries. Overnight at Hotel (Cacak).

Hotel (Cacak) – breakfast 07.30 – 08.00. Depart at 08.30am Mokra Gora is best known for its spectacular Sargan eight railways. Designed in a figure eight loop, engineers in the 1900’s were able to work around the steep cuttings and narrow gorges (300m vertical difference between the two stations Mokra Gora and Sargan-Vitasi). Mecavnik ecological museum of filmmaker Emir Nemanja Kusturica. we will visit village Kremna (story about brothers Tarabici). Dinner at traditional restaurant at Tara national park. Overnight at Hotel.

Hotel Tara, breakfast 07.30 – 08.30  – drive to Uzice, Ethno Park “Terzica avlija” – Zlakusa, over 100 years old houses -memorial to Serbian soldiers in WW I. Shop for pottery products and folk national manufactures. Monastery Zica was built btwn 1206 and 1220 by King Stefan the first crowned. Zica was the first seat of the autonomous Serbian Archbishops and was the location of crowning of almost all Serbian kings. We will continue to the Monastery Studenica UNESCO World Heritage sites, was the most prominent and revered monastery of medieval Serbia, having served as the residence of Stefan Nemanja, the founder of Nenanjic Dynasty, and his son Sava, the first Serbian Archbishop. Dinner and overnight at Studenica dormitory lodgings.

Monastery Studenica – breakfast – 07.00 – 07.30. First stop is Vrnjacka Banja spa the largest contemporary health spa resort in Serbia and is an attractive center for both holidays and recreation set at the foot of Mt. Goc. The founder of the Monastery Ljubostinja was princess Milica, who gathered there many grieving Serbian women after the Battle of Kosovo. We’ll visit Old part of Trstenik and the house of Katic the oldest preserved structure from 19th century, is considered to be one of the most beautiful houses of Moravian Serbia. Continue trip to Krusevac is well known for its Archeological park, which comprises Tsar Lazar’s medieval city walls, the Lazarica church and the National Museum. Dinner cheese and vine. Overnight at Hotel (Krusevac).

Hotel Krusevac – breakfast 07.00 – 07.30. Drive to Ravanica monastery endowment of Prince Lazar. It was built during the period between 1375 and 1377 and its frescoes were painted in the years preceding the Battle of Kosovo. Drive on road to the town of Despotovac is the early 15 century endowment of Despot Stefan Lazarevic. Manasija monastery. Also known as Resava. Building of the church and grandiose fortification lasted from 1406-1418. On the way to Belgrade, we’ll visit Smederevo fortress on a wide plateau at confluence of the rivers Jezava & Danube. It was built with the intention of making the country’s capital and the permanent residence of Despot Djuradj Brankovic, to replace Belgrade which, after death of despot Stefan Lazarevic In 1427 had been returned to the Hungarians. Dinner spit – roasted pig and local best rose vine. Overnight at Hotel Belgrade.

First class Hotel/Belgrade – breakfast 07.00 – 07.30. Bus tour we’ll start with Zemun neighborhood is one of the oldest parts of Belgrade, spread around the Gardos Hill. Through centuries, as the Balkans were first part of the Roman, then Byzantine and finally the Austro-Hungarian empires. The area has transformed into a beautiful town, with narrow streets, cute buildings and breathtaking views, opening from the hill onto the Old Belgrade Town and the Danube riverside. Next stop will be Ada Ciganlija –from isolated island to sea of Belgrade-beautiful promenade, flanked by cafes and nightclubs. Topcider is the oldest park with Prince Milos Obrenovic Palace. Complex King’s Palaces and church at Dedinje Hill, the White palace is the newest residence of the Karadjordjevic dynasty, built in 1934 by the order of King Alexander. On the way to the downtown we’ll visit St Sava Cathedral on of the biggest in orthodox countries, situated on the Vracar plateau. Later afternoon we’ll visit Kalimegdan as a cultural and historical complex with Ruzica church, shrine of the St. Parasceva ( Sv. Petka), the water well under the church with cupola is considered to be curative even in the present. Dinner at Skadarlia bohemian part, famous writers, actors, painters and journalists used to live here. Overnight hotel In-Belgrade.

*END OF THE PROGRAM*