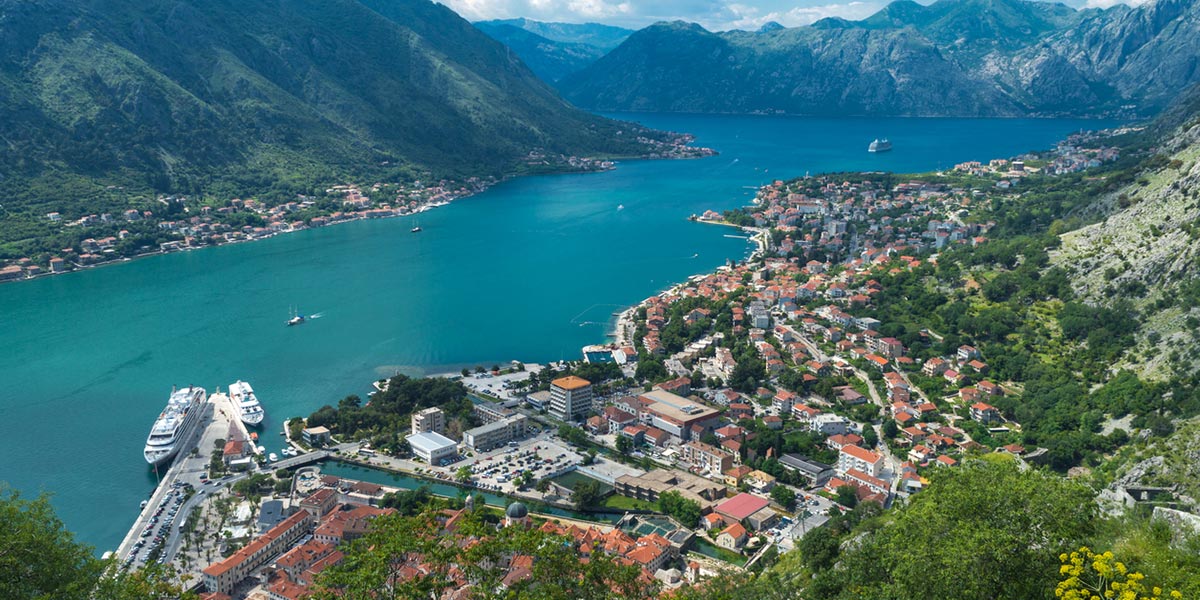 Arrival at Nikola Tesla Airport in Belgrade . Meeting with your tour guide and transfer to your hotel 4*. After check in and some time for the refreshment, we will start our sightseeing tour of the city.  Belgrade is one of the oldest cities in Europe and has since ancient times been an important crossing of the ways where the roads of eastern and western Europe meet. The city lies on two international waterways, at the confluence of the Sava and Danube rivers, which surround it on three sides. On foot we will visit the biggest park in Belgrade – Kalemegdan park and the Kalemegdan fortress.

We continue walking to the old city of Belgrade (pedestrian zone) and Knez Mihailova Street all the way to Republic square up next to the National Museum and Theatre. After that, we will visit  the White Palace located within the same complex as The Royal Palace and it was commissioned by command of His Majesty King Alexander I. In a way back we will stop to visit the biggest Orthodox Temple in the Balkans – Saint Sava Temple. Our gourmet evening will be organized in most beautiful, bohemian part of Belgrade, called Skadarlija. This part of town will take you back few hundred years in past. Fantastic food, best wines and tambourine music will fulfill your experience.Dinner in Skadarlija. Return to the hotel, overnight.

Breakfast at the hotel,  drive to Novi Sad and take a panoramic sightseeing tour major attractions, including a short walking tour in the pedestrian area and The Liberty Square (the main city square), the Cathedral, the Town Hall, Zmaj Jovina and Dunavska Street, the Orthodox Church. Followed by the visit of the second biggest fortification in Europe, Petrovaradin Fortress, also called the Gibraltar on the Danube, situated on the right bank of the Danube River. We continue our journey towards Cenej to one of the farms, where we will enjoy the slow food is the concept of Vojvodina’s life – slowly and gingerly. We’ll enjoy the traditional dishes of the Duchy in the shade of the old mulberry trees.

Departure to Sremski Karlovci, small baroque city on Fruska gora slopes, famous for its history and culture as well as quality wines and beautiful vineyards. Sightseeing of the most interesting place in the town: the Orthodox Church, the Patriarchy Court, the Theology School, the Grammar School. Visit to the wine-cellar including wine tasting (including Bermet – special desert wine which the town is famous for). Lunch in a nice restaurant on the Danube shore after which we go to Fruska gora, and visit the Krusedol monastery, probably the most beautiful monastery in “Serbian Athos” (how its called because of it 17 monasteries). The last one to visit is Velika Remeta Monastery one of the 16 medieval monasteries on Fruska Gora mountain, dedicated to the Holy Martyr St Demetrius, and features two chapels – one dedicated to Saint John the Baptist, from 18th century, and another one dedicated to the Ascension of the Holy Virgin, built in 1970.Way to Belgrade. Free evening. Overnight.

Ater the breakfast, we leave Belgrade and head to Sumadija, the heart of Serbia. Arrival in Topola and sightseeing tour of Topola and Oplenac, picturesque landscapes with endless clearing, valleys in the heart of Serbia which used to be holiday resorts and the place where the Serbian kings of the Karadjordjevic Dynasty were being buried. Here we will visit Saint George’s Church, also known as Oplenac, which is the mausoleum of the Serbian and Yugoslav royal house of Karadjordjevic, located on top of the Oplenac Hill. This church was founded by Kind Peter I of Yugoslavia, where many members of the royal house are buried, in the crypt beneath the church or in the church yard. Visit to military museum, church, commemorative school and fountain which represents a memorial compound of buildings proclaimed for the protected cultural wealth. Lunch and wine tasting in the most popular winery in this area. Enjoy in great food and wines, until we continue traveling through Ovčar – Kablar Gorge, unique morphological entity meanders, famous for natural beauty and cultural and historical sights, such as monasteries. There are ten monasteries and two holy places in this gorge, built in XVI century. Visit to the Nikolje Monastery, built probably at the end of the XIV or at the begining of the XV century. The most valuable icon is Mother Virgin Passionate, created at the begining of the XVI century. Drive to the  famous mountain resort in Western Serbia, Zlatibor mountain. Check in at hotel Mona Zlatibor4*. Overnight.

Breakfast at the hotel on Zlatibor. We take a ride by Sargan Eight train in the morning – a narrow gauge railroad (heritage railroad, actually) that runs from the nice-looking village of Mokra Gora to the nearby Sargan station. The ride forms an ‘8’ form, and hence the name – Sargan Eight. It’s a very picturesque ride, considered by many to be the best train rides in Europe. We take you to Tara, where is another attraction, an ethno village called Drvengrad on the Mećavnik hill, built by famous film director, Emir Kusturica for the shooting of his film Life is a Miracle. It consists of restaurants, galleries, a theater, church, souvenir shop and handicrafts shops. Lunch at wooden city. Visit Kremna village is known for the Tarabics family of prophets who unerringly ’’sensed’’ many events throughout the history.  Back to the hotel .Overnight.

Breakfast. Full day for sightseeing tour of most beautiful city Dubrovnik. Your first stop will be at the Franciscan Monastery, a building that dates back to the fourteenth century, although it has undergone several reforms since the devastating earthquake of 1667. Located inside the monastery is a pharmacy managed by the Franciscan monks and opened 700 years ago. In front of the Monastery, you can cool down at the Large Onofrio’s Fountain. Afterwards, wander down Stradun, also known as Placa, Dubrovnik’s main thoroughfare that runs through the Old Town.

When you get to Luža Square, home to the Sponza Palace, you will admire Orlando’s Column, symbol of the independence of Ragusa. Then, you will walk past the Small Onofrio’s Fountain before you get to the Rector’s Palace, seat of the Rectory of the Republic of Ragusa. Currently, this Gothic-style building houses the Museum of Contemporary History of Dubrovnik.

The guided tour will come to an end in the alleyways adjacent to the Cathedral, set of numerous scenes from the world-famous “Game of Throne”. During the walking tour of Dubrovnik, you will have discovered over 1400 years of history.Lunch in a nice restaurant . Back to the hotel.Overnight.

After the breakfast, we head to Trebinje, the city which lies in the Trebišnjica river valley, at the foot of Leotar, in southeastern Herzegovina. Trebinje is first mentioned as Tribune in the 10th century at Constantine Porfirogenit. Then it was located on the caravan route that led from Koror and Dubrovnik to Bosnia, Serbia and Montenegro. The town got its first urban contour in the Middle Ages. Sightseeing of this wonderful city (Crkvina monastery,old town, Tvrdos monastery) and lunch in a nice restaurant. Way back to Tivat. Overnight.

Half day city tour Cetinje – Old Royal Capital city, is located in a valley surrounded by the beautiful slopes of the National Park Lovcen.

This is a marvelous city, a pure treasure of history, culture and tradition of Montenegro. When you visit Cetinje, you will have the feeling as if time had stopped. You will be surrounded by numerous old buildings, which were once important mission of all countries. Two buildings are certainly the most representative: Cetinje Monastery (built in 1701) and Biljarda.  There are numerous museums and Art Academy. National Park Lovcen, provides an amazing opportunity for an unforgettable visit to the highest mausoleum in the world. After lunch back to the hotel.

Visit Kotor, a town well known for its nautical tradition attracting a great number of tourists for its exclusivity. In the UNESCO-protected town of Kotor enjoy a guided tour through one of the best preserved medieval walled cities on the Adriatic. Visit the Old Town of Kotor and the Cathedral of Saint Tryphon, Romanesque church built in 1166. Lunch in nice restaurant in Kotor. Perast is one of the most beautiful little places in Boka Bay, located just a few kilometres from Kotor. It looks like a piece of Venice that has floated down the Adriatic.

Lady of the Rocks (Gospa od Škrpjela) sits on a man-made island. The story begins on July 22, 1452: two sailors, returning to Perast from a difficult voyage, discovered an icon of the Madonna and Child resting on a rock in a shallow part of the Bay. Considering the find a miracle, they vowed to build a church on the spot. The sailors dropped stones around the spot where the icon was found, slowly creating an islet and building a small chapel.  It soon became a tradition for sailors to drop stones in the water around the chapel before a voyage, to contribute to the strength of its foundations and to ask the Virgin Mother to bring them safely home. Island of Saint George is other islet off the coast of Perast in Bay of Kotor. Unlike Our Lady of the Rocks, it is a natural island. The island contains Saint George Benedictine monastery from the 12th century and the old graveyard for the old nobility from Perast and further from the whole Bay of Kotor.Lunch.Back to the hotel Tivat.

Early breakfast at the hotel. Check out and transfer from the hotel to the airport Podgorica. Flight back from Podgorica via Belgrade to New York.